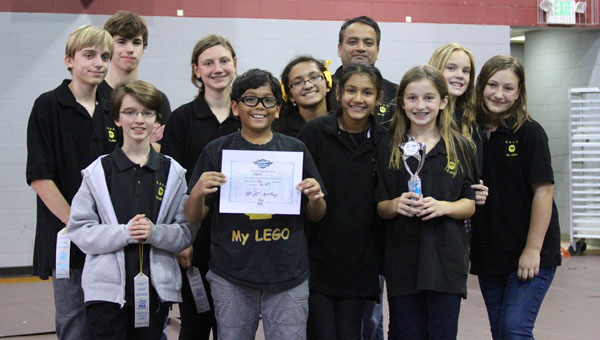 The tournament consisted of fast-paced LEGO robot challenges. This year’s theme was “Senior Solutions,” which focuses on designs that serve senior citizens, according to a Bruno Montessori press release.

Teams were judged on the robots’ functionality, teamwork and on a research project.

The first place winner was Team Cherokee from the Cherokee County Career and Technology Center.

Teams that will move on to the state championship, to be held in Huntsville Jan. 19, include Team Cherokee, EGGO My LEGO, That Team from St. John’s homeschoolers, Team Acronym from Sci-Quest in Huntsville and Rocketbots from Rainbow Elementary School in Madison.

VIS kids shop for loved ones