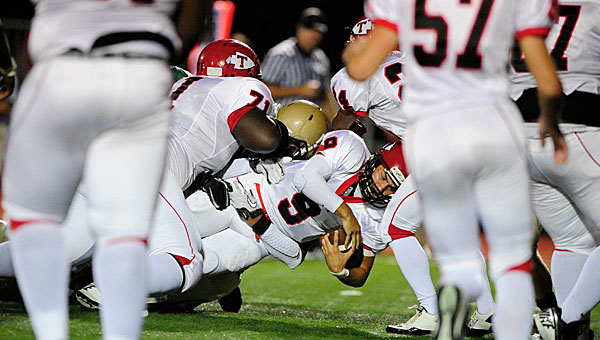 Members of the Alabaster School Board said they have no plans to change the mascot and team colors for Alabaster's schools after the city splits from the county school system. (File)

Alabaster Board of Education President Melanie Shores said there “has been absolutely no discussion” about possibly changing the Alabaster schools’ mascots and colors after the city breaks away from the Shelby County School District.

Shores’ comments came during a Dec. 10 meeting, during which several Alabaster parents and teachers said they had heard the city School Board was considering changing the sports mascots and colors after the separation.

Alabaster’s six schools currently use the Warrior mascot, and have red and white colors.

During the public comment section of the meeting, parents encouraged the School Board members to consider posting a frequently asked question section on the city of Alabaster website to distribute information until the Alabaster School System creates its own website.

“If you posted an FAQ section on the city’s site, that would help to dispel some of the rumors that are out there,” said Creek View Elementary School PTO President Trisa Moutardier.

Alabaster School Board Coordinator of Administrative Services Dr. Phillip Hammonds said the board is preparing to send out a request for proposals for web services “that will go out soon” to help the Alabaster School System build its own website.

During the meeting, a few parents also said they live outside Alabaster’s city limits, and asked if their children would be able to attend Alabaster schools after the split.

Some parents encouraged the School Board to publicize its school attendance zone by early January so they would have time to enroll their children in a private school if they were no longer zoned for Alabaster schools.

“The attendance zone will be a huge part of our discussions with Shelby County,” Hammonds said. “We want it to be as least disruptive as possible.”

By KATIE MCDOWELL / Lifestyles Editor One of my favorite parts of my job is our annual “Letters to Santa”... read more