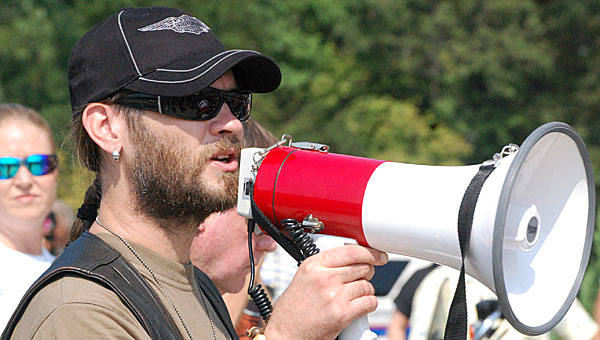 2005 American Idol runner-up Bo Bice, a former Helena resident, attends a poker run at Heart of Dixie Harley Davidson in Pelham in 2009. Bice will be performing on Broadway in early 2013. (File)

Former Helena resident and American Idol finalist Bo Bice will make his first Broadway appearance in April during the production of the musical “Pump Boys and Dinettes.”

The musical is set to open on April 8 at Circle in the Square Theater, according to Bice’s website, Bobice.com. Preview performances will begin on March 19 at the same venue.

Directing the production will be Tony Award winner John Doyle.

Pump Boys and Dinettes “is a tribute to small-town American life as rendered at a gas station and roadside eatery on Highway 57 in North Carolina,” read the site. The 2013 production will be a revival of the original 1982 show, which ran for 573 performances.

Bice, a Huntsville native, lived in Helena while he competed in the fourth season of American Idol in 2005, finishing runner-up to Carrie Underwood.