Montevallo Elementary closed until after holidays 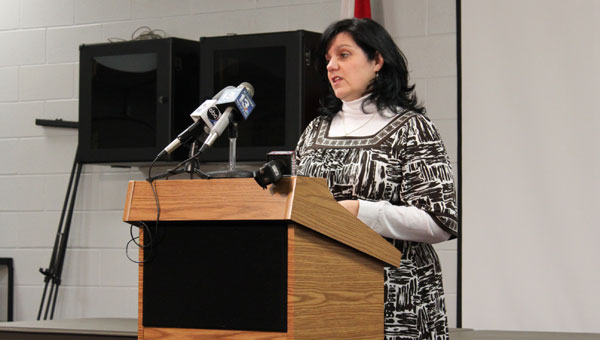 The Shelby County Board of Education made the decision to close the school after receiving a verbal report from ERG Environmental, the environmental company responsible for conducting air-quality testing at MES. The report stated that room-to-room air-quality testing results showed trace amounts of stachybotrys mold spores, or black mold, which was the same type of mold discovered in the fifth grade hallway in September.

The trace amounts were discovered in the office area, fourth grade hallway and one classroom.

“The levels were still in safe, acceptable levels,” Warner said, “but we decided to close the school as a precautionary measure.”

Warner said some of the recent cleaning efforts may have “stirred up” mold spores, which is why the BOE has decided to clean the school more thoroughly.

MES students attended the school today, but will not return to school sooner than Jan. 2, 2013. Warner said the BOE will wait for the results of additional air-quality testing to determine when to reopen the school. According to the BOE calendar, students were supposed to be let out for the holidays Dec. 21.

The BOE will continue to communicate with parents through the BOE website, the school’s sign marquee and the local media, Warner said.

Students will make up the missed school days, but Warner said the BOE would have more information after discussions with state department officials.