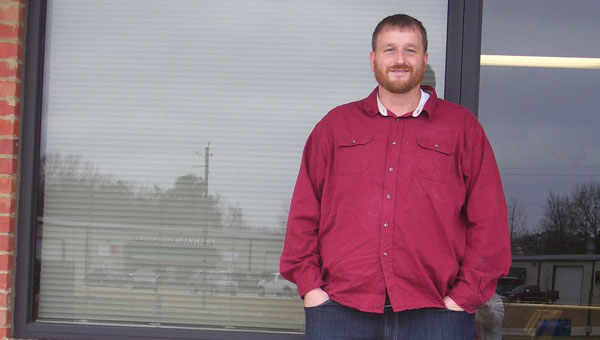 “How the message of Christmas should affect our lives now,” was this year’s Christmas message by Pastor Scott Slayton to the people of Chelsea Village Baptist Church.

The Christmas Celebration was held at their new location on Old 280 West, in what was previously three retail shops.

With inside partitions removed and inside walls freshly painted, the area makes an inviting sanctuary, spacious enough for comfortable chairs to seat 70 regular worshippers, plus newcomers.

Pastor Slayton believes no “human reasoning or ingenuity,” can explain the way people were brought together to lay the foundation for their church.

He was pastoring in Walker County, he said, when he heard there was a need for new churches in Shelby County.

He said this stayed on his heart, but circumstances didn’t work out for him to do anything about it until he and his wife Beth met a couple from Meadow Brook, who desired to move out to the Chelsea area (which was experiencing tremendous growth) to start a church.

After talking for awhile, they discovered their “vision for what a church looks like meshed well.” They then met a group of people who “happened” to gather, through personal relationships, for home Bible study. In June 2009, this small group became the core group for a new church, sponsored by Meadow Brook Baptist Church.

A month later they moved Sunday evening Bible study from the home of William and Brooke Dunham to Dance South Studio. The church officially launched on January 10, 2010, and began meeting on Sunday mornings. They moved to their present location in October of this year.

Community groups meet in homes on Sunday nights, where they share a meal, study the Bible, and pray.

Pastor Slayton said his greatest desire for Chelsea Village Church is that the “church’s life will cause the city of Chelsea and beyond to encounter the real Jesus so that their lives are changed by him.”

That’s the real message of Christmas.