INDIAN SPRINGS — An offer has been rescinded on an estate in Indian Springs that was being considered as the site of a new private school.

The school’s proposed developer came before the town’s Zoning Board of Adjustments Nov. 6 to ask for a special-use exception for the property, located at 2470 Cahaba Valley Road.

The developer was not able to provide enough information for the board to make a decision, so the issue was tabled until the developer could return with more information. 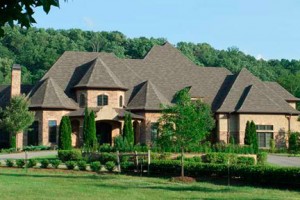 The site of a proposed new private school in Indian Springs. (Contributed)

The estate is currently owned by Glenn Siddle, who is also on the Indian Springs Planning and Zoning Commission.

The house, with seven bedrooms, seven full bathrooms and three half bathrooms, was listed for sale at $4.4 million, but is no longer an “active listing,” according to real estate websites.

According to a description of the home, it sits on 40 acres of land and also has horse stables, tennis and basketball courts and a pool, along with a three-bedroom guest house.

Bell-Guercio said she “had many concerns” about the potential new school, including the impact on Cahaba Valley Road traffic and of new construction.

“I was anxious to hear how they were going to respond to those questions,” she said.