Kent a leader in the community 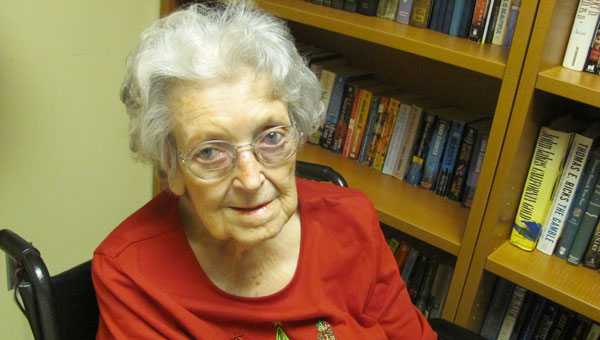 Nina Kent and her family have made a difference in Alabaster for decades. (Contributed)

Many Alabaster residents would be surprised to know that the land on which Whitestone Center used to be the Kent Dairy Farm.

The land originally belonged to Roy Kent and he raised his sons Doug, John and Warren on the 600-acre farm.

This Siluria area farm became home to Nina Winslett Kent after a high school courtship with Doug Kent. According to family sources, Kent, along with his fellow football team members were checking out the new kids from Helena who were bussed to Thompson High School.

It is said that Doug Kent saw Nina step off the bus and told his brother “That’s the one I’m going to marry,”

The year Nina Winslett was a senior, Doug attended East Central Junior College in Decatur, Miss. and also Auburn University. But all he really wanted was to come home. His love for the hard work and long hours of dairy life “fit his soul.”

The Kents were married in 1940 on the steps of New Hope Presbyterian Church, moved onto the Kent dairy farm and began their lives of Christian discipleship, devotion, community and school involvement.

For many years the Kents were avid Warrior fans. In fact, they were the first season ticket holders.

The Kents throughout the years have provided hay rides, dairy tours, Easter egg hunts, meals on wheels, CPW meeting places, Thanksgiving food and fruit baskets, help for shut-ins and many other services to the community.

Still enthusiastic and prone to speak her mind, Mrs. Kent lives on Fulton Springs Road. She is mother to two children, Mike and Joy, grandmother to five children and great-grandmother to 10.

At the age of 92, Mrs. Kent has been and remains one of the most knowledgeable women I know. Whatever the subject, she will always have her opinion. Kent is a true Christian, friend and leader in her community.

Bruce Holcombe grew up in the Camp Branch community, and is now a city of Alabaster employee. (Contributed) By SANDRA... read more