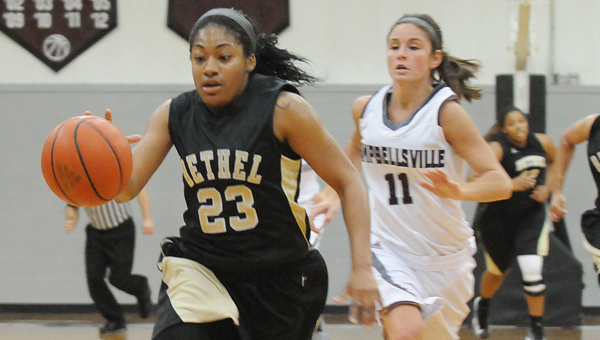 Gentry, a former Montevallo Lady Bulldog, is a sophomore at Bethel University in McKenzie, Tenn. She averaged 21 points, 6.3 rebounds and 2.7 assists on her way to earning the conference honor.

Bethel is currently ranked No. 12 in NAIA Division I women’s basketball.

Gentry graduated from Montevallo High School in 2010 and was named Shelby County Reporter Player of the Year during her junior season.

FROM STAFF REPORTS The Shelby County Wildcats fought back from a 4-point halftime deficit to claim a 50-46 Class 5A,... read more