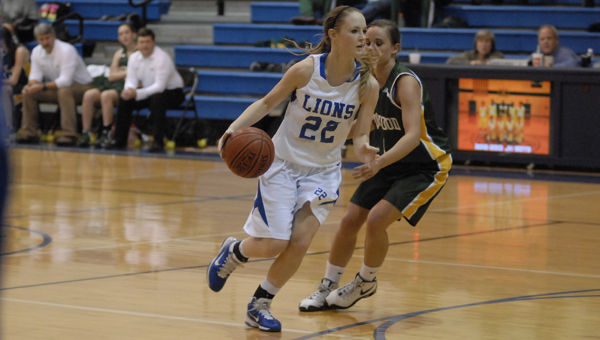 Kingwood Christian's Madelyn Pearce scored all eight of her points in the fourth quarter in the Lady Lions' 50-27 win over Edgewood Academy. (Reporter photo/Mickel Ponthieux)

ALABASTER – The Kingwood Christian Lady Lions jumped out to an early lead on their way to a 50-27 handling of the Edgewood Academy Wildcats Jan. 10.

Katie Allen Etheridge scored the first four points of the second quarter while scoring six of the Lady Lions’ nine points on their way to take a 22-9 lead at the half.

Edgewood opened the second half on a 6-0 run, but was held to just two points the rest of the the third quarter. The Lady Lions took advantage and extended their lead to 33-15 headed into the fourth quarter.