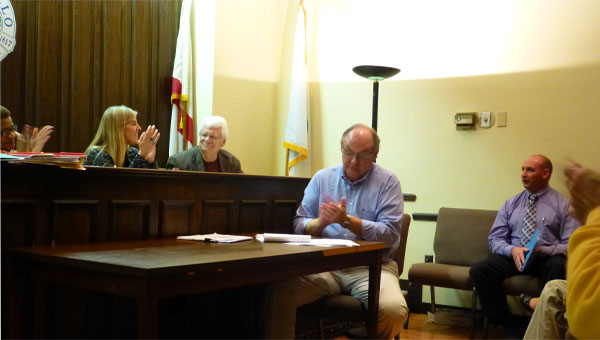 Littleton has been serving as Montevallo Police Department’s interim chief since former Chief Steve Holt was not reappointed in mid-November.

Council member Rusty Nix said the city received 36 applications for the police chief position from “all over the nation,” but Littleton’s knowledge of the city secured the position for him.

“People have stopped me on the street over and over again to extend their support (for Littleton),” Cost said.

Littleton said he plans to “move the department forward.” 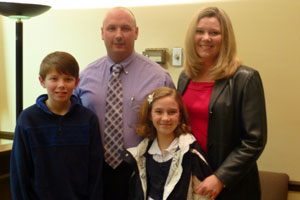 “We have a great group of people working at our police department, and I appreciate everything they do for our city. With their help, I know we can make our department the best it has ever been,” Littleton said. “My goals are to become more involved with our community and introduce programs that further promote Montevallo’s reputation as a safe, attractive community that encourages businesses and families to make it their permanent home.”

During the work session, Littleton said the police department has increased patrols in the city’s schools and observed a lock-down drill at Montevallo Middle School.

“I spoke with the elementary principal, and she was really complimentary of your presence there. I know you’re doing an excellent job in the schools,” Cost said to Littleton.

“And we’re going to keep on top of it,” Littleton said.