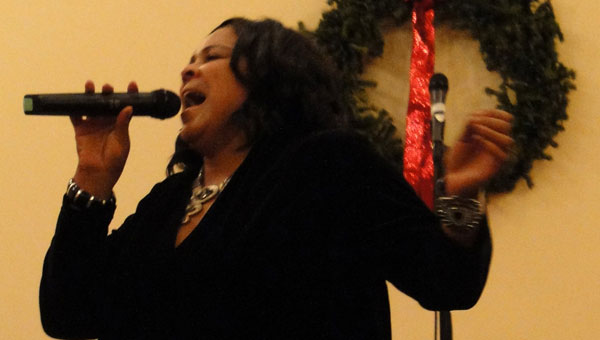 “Every time I stand in front of God’s people, I have an overwhelming sense of humbleness. That God would use somebody like me, a wretch like me, somebody who came from where I came from,” are the first words Sheila Raye Charles spoke to her audience at Christian Life Fellowship’s Celebrate Recovery on January 3.

Charles, seventh of 12 children fathered by singer Ray Charles, is a recovered crack-cocaine addict. Her drug dependency rested on an escape from childhood memories of rejection of her father and sexual abuse. Losing custody of her five children, blackballed from the music industry and incarceration was the result of a 21-plus year stint of drug abuse.

She reaches out to people with similar hang-ups and habits to help them escape the physical captivity of drug addiction. Charles shared her testimony to a room full of listeners eager to find the same freedom she found on a concrete prison floor.

Charles recounted her conversation with God, asking him to kill her. “Lying on that concrete floor in complete hysteria I cried out and said God, if you’re God and you’re real and you’re able to do for me what I can’t do for myself, you’ll take me from this place.”

Instead, God helped Charles forgive herself and her father. With God’s help, she changed her “stinkin’ thinkin’” self-identity and found the key to transform her life, surrendering her pain to Jesus.

In 2007, Charles started One Way Up Prison Ministry. She spends much of her time traveling to prisons across the country to minister to incarcerated women. Her book, “Behind the Shades,” and songs about her life of rejection, sexual abuse, drug addiction and how she found God while incarcerated is another tool used to help people escape a life of drugs and replace it with a relationship with God. The book with companion CD is available on her website sheilarayecharles.com.

Charles ended the service singing her late father’s songs wearing a pair of sunglasses and imitating his infamous swing. Lyrics to Hit the Road Jack were changed to Hit the Road Crack and it wasn’t Georgia on her mind, it was Jesus.

2013 New Year’s resolutions and such