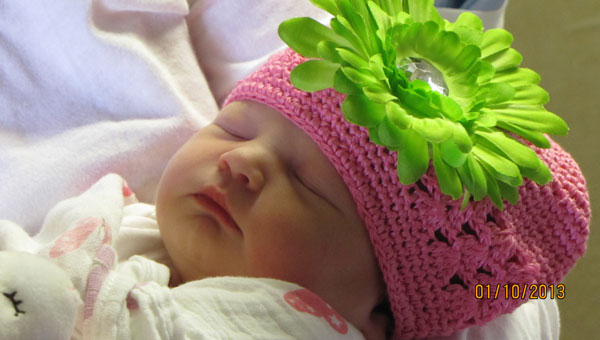 Josh and Kristin Sims of Slocomb would like to announce the birth of their daughter, Eden Sophia Sims, on Jan. 9, 2013. She weighed 7 pounds 1 ounce and was 20 and a half inches long. She was born at Flowers Hospital in Dothan.