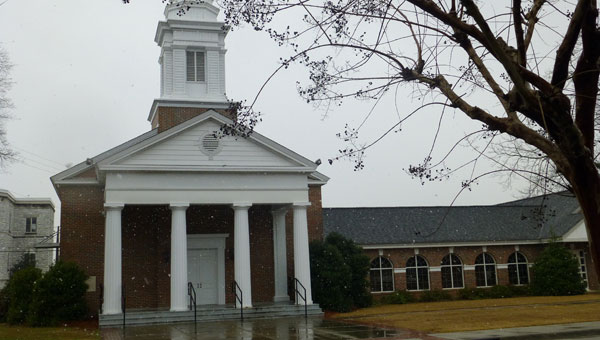 A winter storm warning, a hazardous weather outlook and a wind advisory have been issued for Shelby County from the National Weather Service.

The winter storm warning includes Hoover, Columbiana, Pelham and Alabaster, as well as cities in 21 other central Alabama counties. The warning began about 5 a.m. Jan. 17, and will remain in effect until 7 p.m. 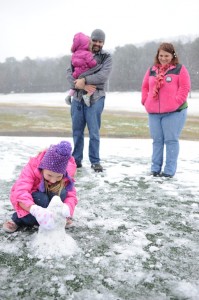 Using socks as mittens, Hannah Coley builds her first-ever snowman after the Jan. 17 snow at Veterans Park in Hoover, while her parents, Gene and Heather Coley, and sister Olivia Coley, of Gulf Shores, Ala., look on. (Reporter Photo/Jon Goering)

Snow accumulations from 1-4 inches are expected in the affected areas, according to the National Weather Service website.

The hazardous weather outlook stated the snowy conditions will spread eastward through the afternoon and evening hours.

“Snowfall could be heavy at times … reducing visibility to under one mile, and roads may become temporarily slushy,” the website stated. 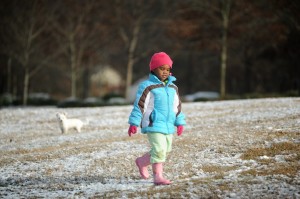 Kaylee Stallings, of Hoover, explores the snow with her dog, Bentley, looking on as the sun comes out following a Jan. 17 snow event. (Reporter Photo/Jon Goering)

The wind advisory will remain in effect from noon to 8 p.m.

Above the Influence takes hold in schools

Windy Rosenstiel, a volunteer who helpd to bring the Above the Influence program to Pelham High School and Riverchase Middle... read more