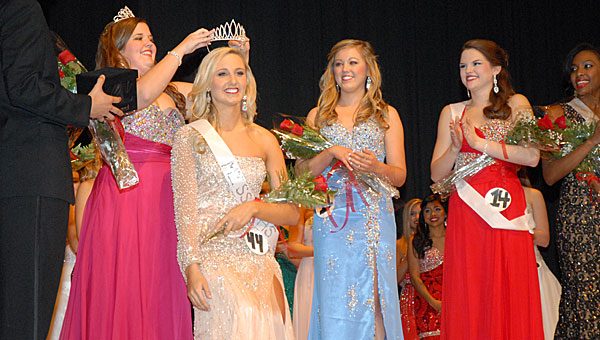 Pelham High School senior Savanna Windham was chosen out of 51 contestants to represent the school as Miss PHS during a Jan. 19 pageant in the PHS auditorium.

Windham was crowned by last year’s winner, Bethany Wood, after a day full of pageant competition for the contestants.

Several hours before the pageant began at 6:30 p.m., the girls had individual interview sessions with the panel of three judges. The girls started off the pageant by entering the stage in jeans and white button-down shirts and introducing themselves to the capacity crowd gathered in the auditorium.

The judges chose the top 10 contestants, and allowed them to answer on-stage questions before announcing Miss PHS, the top runners-up and Miss Congeniality.