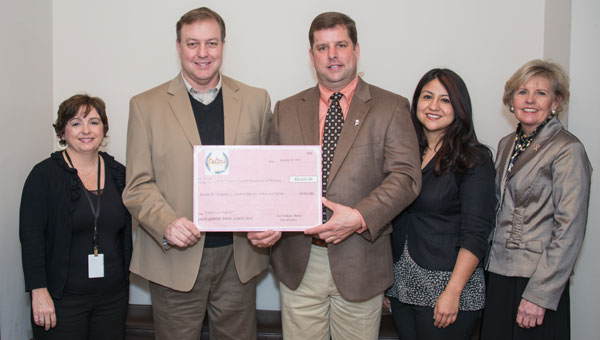 “We were excited to know that our 2012 efforts far exceeded the $17,000 raised in 2011. Because of our community’s involvement and passion for this cause, we anticipate 2013 to be even more successful,” said Calera Mayor Jon Graham in a press release from the BCRFA.

Tevin Moore, a Calera High School art student, designed the shirt. Community members and football fans were encouraged to wear the shirts during the Calera High School versus Shelby County High School football game on Sept. 27. During a touching ceremony, Calera honored local breast cancer survivors and their families at half time, the release stated.

“This event has given something unexpected back to our youth. ‘Calera Goes Pink’ has brought the students of Calera together for a common goal. Our students’ involvement has taught them the importance of being charitable and to volunteer their time. It has demonstrated how a small community can make a big difference if we all work together, no matter what your age,” said CHS Principal Richard Bishop.

In addition to the sales of the T-shirts, local businesses in Calera participated by collecting donations and selling pink paper ribbons “in honor of” or “in memory of” friends and family during October, which is Breast Cancer Awareness Month, the release stated. Recognition ribbons were displayed in storefront windows.

The city’s fundraising efforts ended with a day of golf sponsored by local business leaders and corporations at Timberline Golf Club on Monday, Oct. 29.

“Calera’s enthusiasm and shared passion to support our mission of funding local breast cancer research in a powerful, grass-roots fundraising effort is a model of the impact a community can make,” said BCRFA Co-Founder Dolly O’Neal. 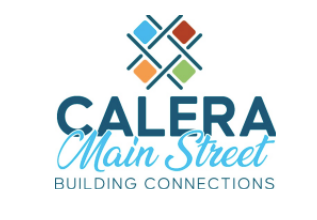