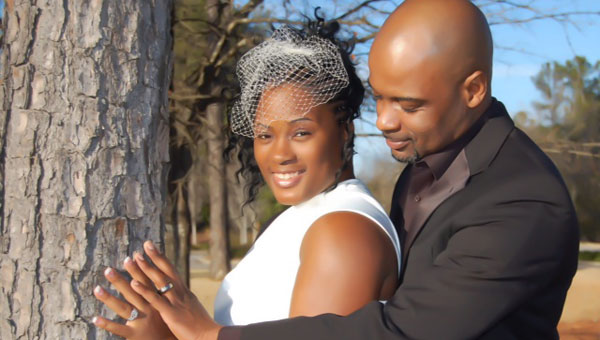 Doris Crayton of Birmingham is pleased to announce the marriage of her daughter, Nakita Gibbs, to Elbert T. Williams Jr., the son of Hazel and the late Mr. Elbert T. Williams Sr. of Calera. They were married on Dec. 31, 2012, at 9:30 p.m. in a private ceremony at their home in Timberline. Pastor Willie Patterson of First Baptist Church of Calera officiated with reception following the ceremony. After honeymooning in the Bahamas the couple will reside in Calera.

Nakita has an associate of applied science degree from the University Of Phoenix. Elbert is a graduate of Calera High School and attending Jackson State University. Bridal attendant was son, Robert Cunningham III, and groom attendant was daughter, Courtney Williams.