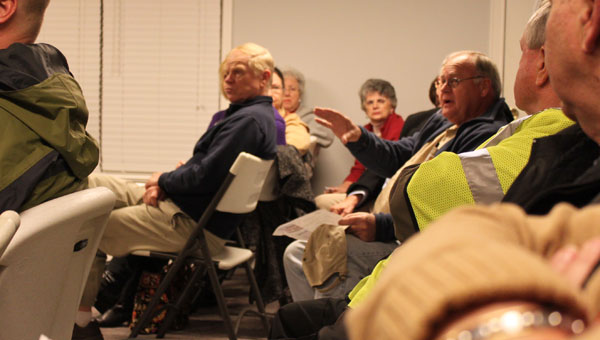 Bessemer Postmaster Maurice Williams announced the Westover Post Office’s hours will be reduced from 8 a.m.-4 p.m. to noon-4 p.m. on weekdays and 8-9 a.m. on Saturdays.

Williams said the hours were reduced because only 200 of the post office’s 400 boxes are rented, as well as low revenues.

“We’re looking at reducing or consolidating, and it’s a major issue right now,” Williams said. “We’re in a bad situation. I’ve been in a lot of these (meetings), and 30 to 40 offices have been closed (in Alabama). To still be open is a positive because we’re closing offices all over the country.”

Williams then fielded residents’ questions and suggestions, saying he would discuss the meeting’s results with the manager of post office operations and the district manager. 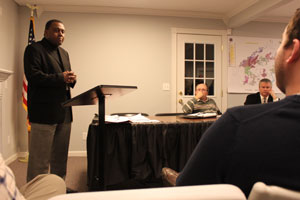 Mayor Mark McLaughlin said the city has grown from 2-and-a-half square miles to 22 square miles since incorporation in 2001. Because the growth is so recent, residents in Westover city limits have zip codes for Sterrett, Harpersville, Wilsonville and Chelsea post offices, as well as some in Westover.

City Council member Jeanne Champion Fisch said the number of zip codes “penalized the city itself” because sales tax funnels into municipalities other than Westover.

“They get our revenue, so they get to grow their post office,” McLaughlin said.

“If (the first responders) don’t know the territory, they’ll think, ‘This isn’t our call (because of a different zip code),’ and it’ll delay access for all residents for first responders,” Bennett said.

“We want the taxes to go where they need to go,” Bennett said. “A postal code change would boost our bottom dollar right off the bat.”