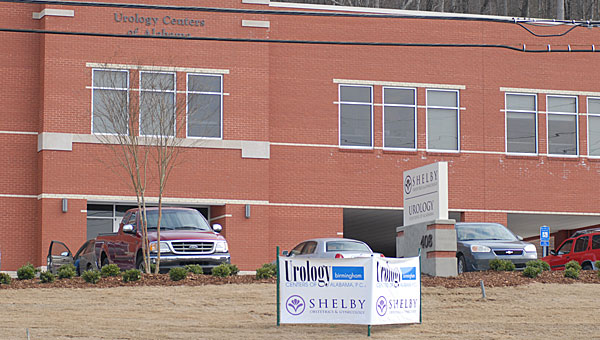 A physician at Alabaster’s Urology Centers of Alabama said his firm is “doing very well” after it moved, along with Shelby OB/GYN, to a new $4.5 million facility on U.S. 31.

Mills works at Urology Centers of Alabama with fellow physicians Jason Burrus and John Wilbanks. One doctor typically works in the facility’s operating room while the other two see patients in the examining rooms, Mills said.

The new building will give both practices more room to handle the rising number of patients they have seen over the past several years, Mills said.

Mills said the new building gave both companies a “more efficient workspace” and significantly more dedicated parking than they had at Shelby Baptist.