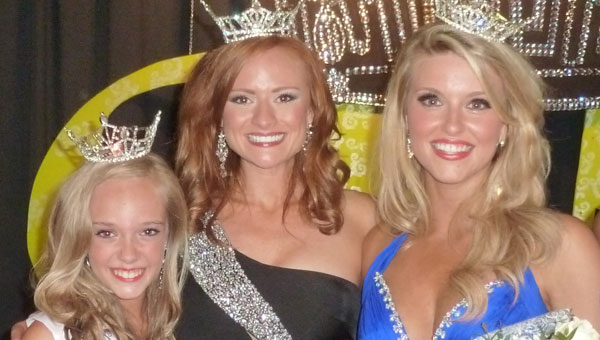 You are cordially invited to attend a very special birthday celebration honoring Shelby County’s 195th birthday on Sunday, Feb. 3, at 1:30 p.m. at the Shelby County Museum and Archives (the Old Courthouse at the end of Main Street in Columbiana) sponsored by the Shelby County Historical Society, Inc.

Bobby Joe Seales, Historical Society president, and his hard working committee have been planning for months this special day. At 1:30 p.m. during the meet and greet time, birthday cake and bottled water will be available at Dr. Stancil Handley’s office porch.

Miss Alabama 2012 Anna Laura Bryan will be available for autographs fresh from her top 12 finish at the Miss America Pageant. Bryan won the 2013 Quality of Life Award for her platform P.A.W.S for Autism-People and Animals Working Side-by-Side.

“Ginger Jones, a living historian from Autauga County will portray an Alibamu Indian woman from the village of Pacana where the two rivers come together at Ft. Toulouse, 1756 time period,” said Seales. “ ‘Preserving the past, to educate on the roles of Alabama Creek Women.’”

Guest Speaker will be Robert G. Thower, Jr., Tribal Historic Preservation Officer for the Poach Band of Creek Indians. Steve Murray, director Alabama Department of Archives and History, will be the special guest.

Shelby County, named for Revolutionary War soldier and Kentucky Governor Isaac Shelby, was created Feb. 7, 1818, as an act of the Alabama Territorial General Assembly before Alabama became a state on Dec. 14, 1819.

The former Creek Indian land was ceded to the Alabama Territory in the Treaty of Fort Jackson on Aug. 9, 1814.