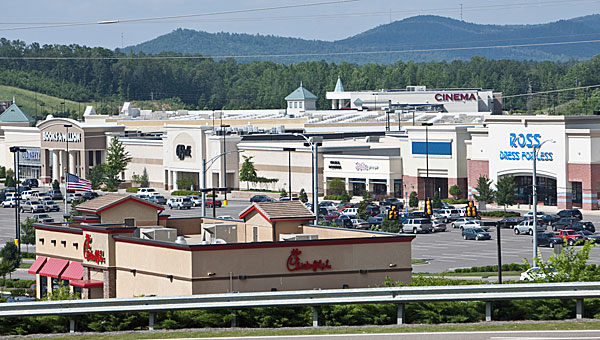 The North Promenade shopping center in Alabaster recently got a name change to reflect its new owner. (File)

The new “Propst Promenade” signs went up on Feb. 1, which was a little more than three months after the Huntsville-based Propst Properties company purchased Alabaster’s North Promenade shopping center from the Colonial Realty company for $37.4 million.

“It’s long overdue, because they actually bought it a while back,” state Sen. Cam Ward, R-Alabaster, who also is the chairman of the Alabaster Industrial Development Board, said of the sign change. “They just changed the name. Shoppers really shouldn’t notice any other changes.”

As a result of the purchase, Propst now owns the entire North Promenade, which is off U.S. 31 and includes tenants such as Old Navy, Walmart, Books-A-Million and the Amstar movie theater.

The South Promenade, which includes stores such as Target, Best Buy and J.C. Penney, did not change ownership.