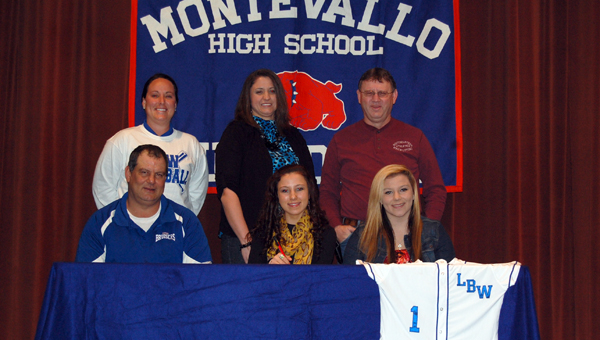 Upton said that signing to play college softball “means a lot” and contributes her success to her father, Mike Upton.

“My dad has inspired me to do a lot of things,” said Upton. “He has always been here for me and my sister. We couldn’t have made it this far without him.”

Upton returned to Montevallo for her senior season after playing on the Cornerstone Christian softball team that won the state championship in 2012. The Montevallo senior found LBW with the help of Freddie Kirby of Southeastern Athletics.

“He took us up there and introduced us to the coach and gave me the chance to make the team,” Upton said on Kirby’s contributions. Upton added that she looks forward to her senior season under MHS head softball coach Nicole Ivey.

“I hope that we will have a good team this year – I bet we will,” said Upton.