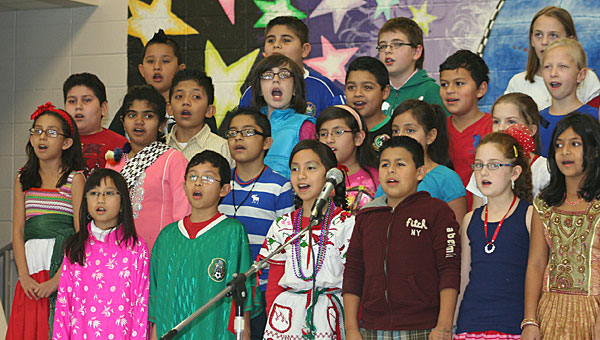 Valley Intermediate School students with ties to more than 50 countries celebrated their heritage and the school’s diversity recently during the VIS annual Bread Festival.

During the festival, which the school has held annually since 2009, students lined the entrance to the school’s cafeteria while displaying the flag of the country they were representing.

The festival’s opening ceremony featured student performances, including classical German and Spanish dances and international songs. After the opening ceremony, students traveled to several classrooms, each of which showcased a different country’s culture.

“The event unifies our school community where everyone is seen as valuable and important,” read a school press release. “One student said, ‘This is about me! They are learning all these things because of me.”’