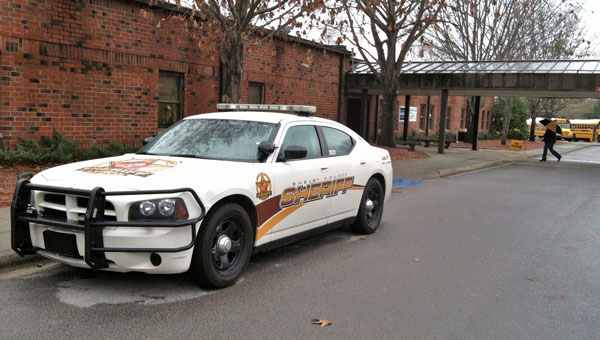 Indian Springs Mayor Brenda Bell Guercio and the Town Council are not waiting to see how other communities enhance security for children in school.

On Jan. 14, they hosted a meeting to discuss school security. They invited mayors, principals and members of boards of education, PTOs and law enforcement. Some terrific ideas and valuable insights resulted.

Holding one meeting, though, is not enough for Mayor Bell Guercio.

“Now my goal is to see that it doesn’t stop there — that we do all we can to see these projects implemented and ideas come to fruition,” she said.

She is asking hard questions, such as, “Could Indian Springs not pay $6,000 for the Fourth of July BBQ and instead have residents bring pot luck and homemade desserts the week before and set up games for the kids?” Another example is, “Can new band uniforms wait a year?”

The mayor also wonders if the county and state are doing everything possible.

“Our city, county and state officials must make hard choices in the allocation of funds; but we should demand of our elected officials that the safety of our citizens, in this case specifically our children, comes first. After all, that is the purpose of government!” she wrote in the village newsletter in February.

Mayor Bell Guercio commends Sheriff Curry and his outstanding deputies who cover our schools every day. They are committing to do it through this school year until long-term funding is secured. Deputies are giving up some days off to be at our schools.

The deputies do more than stand at the door. They interact with children in ways that have long-term positive effects. They work with teachers and administrations on safety tips. According to the mayor, “I have heard so many compliments on the Sheriff Department from our school officials and parents at the meetings I have been attending.”

Mayor Guercio calls upon everyone to support measures that can enhance school security. She encourages everyone to call or write their school superintendent, county commissioner and their state and federal representatives and senators to keep school security a highest priority.

Everyone wins with Special Equestrians