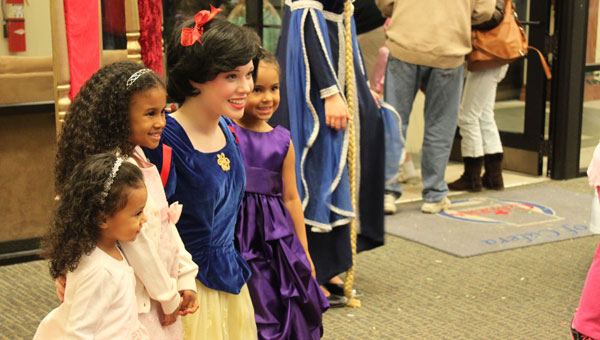 This year, the ball offered two separate events, one for preschool children to meet storybook characters in the afternoon and a second event for all ages from 6-8 p.m. 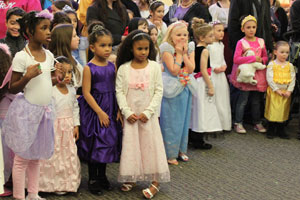 The Friends of the Calera Library and a cast of colorful volunteers worked to make the event a success.

“It’s been really exciting to have two different events,” Library Director Janet Greathouse said between story tellings. “The first event was good because the little ones could see all of the princesses and interact with the characters.” 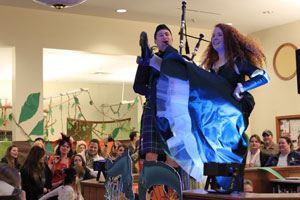 Greathouse said more than 300 kids attended from across the state.

As the characters and kids danced to the “Cha-Cha Slide,” parents, who were also dressed as fairy tale creatures, videoed, took pictures and clapped along. 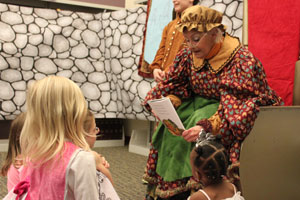 Emma Krueger braided extra blond hair into her long braid to become Rapunzel for the evening.

“I did it two years ago, and had a lot of fun last time,” Krueger said. “I love seeing little kids seeing their favorite characters.”