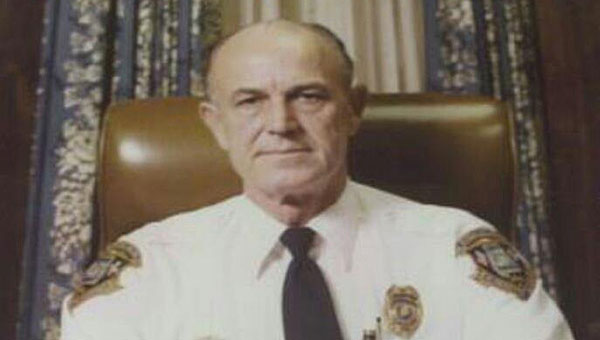 Alabaster police officials said they are remembering a kind, hard-working man after a former city police chief was laid to rest on March 3.

Clarence “Bull” Carter, who worked with the Alabaster Police Department from 1960 until the late 1980s and served as the department’s chief for many years, died on Feb. 28 at the age of 84. During his tenure with Alabaster, Carter left the city to work with the Vestavia Hills Police Department for two years before returning to Alabaster.

After a funeral service at Southern Heritage Funeral Home in Pelham on March 3, Carter was laid to rest at Still Cemetery in Alabaster’s Elliottsville community.

In addition to serving as Alabaster’s police chief, Carter also was the founding president of the Shelby County Fraternal Order of Police, was a World War II Army veteran and was the chairman of the Shelby Baptist Medical Center board of directors.

“Every (FOP) meeting I went to, he was there,” said current Alabaster Police Chief Curtis Rigney. “I wish I had the opportunity to work for him. He had an outstanding reputation from the first day I got here.

“He had a reputation of being a stern but compassionate leader,” Rigney added.

“Bull was probably one of the nicest guys I’ve ever met,” Oliver said. “He always told us to treat others as you would like to be treated, no matter how they treated you.

“He was a pillar of the community. There will never be another Bull Carter,” Oliver added.

In lieu of flowers, memorial gifts may be made to the American Heart Association or Shelby County FOP.