Profile: Growing into the family business 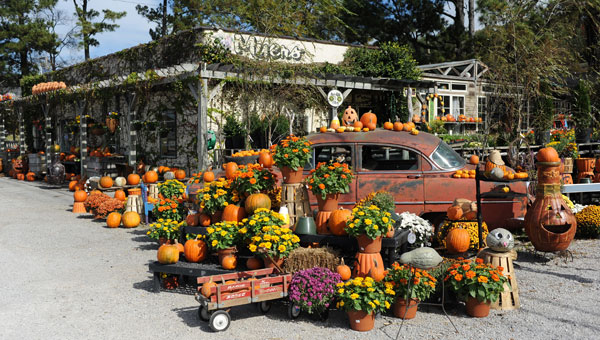 Myers Plants and Pottery owner Stewart Myers doesn’t subscribe to a marketing plan or customer surveys. After 40-plus years of business, however, the once-antique store has morphed into a Pelham business with staying power.

In 1971, U.S. 31 in Pelham wasn’t filled with the stop-and-go traffic of today. There was no Interstate 65, so the four-lane road was the main thoroughfare. Urban sprawl hadn’t reached as far as Pelham, and the city sported a single stoplight between Alabaster and the Riverchase area, Stewart said.

Myers Plants and Pottery found its footing off the busy highway when Stewart’s father, Chuck, saw a business opportunity in an antique store off U.S. 31. He bought out the business and began scouring the state for unique finds.

Stewart and his mother, Ruby, tended to the store while Chuck drove a Greyhound bus route from Birmingham to Mobile.

“I was made to come to work. At first, I didn’t like it, but it grew on me,” Stewart said. 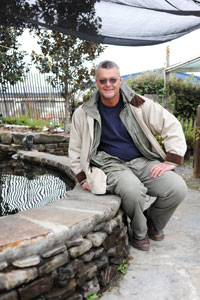 Chuck kept an eye out for antiques as he drove. What he found, though, was the key to a successful family business that is celebrating more than 40 years.

“After a year or so, my father realized there was no cash flow in the antique store,” Stewart said. “Antiques you have to go and find, and it only serves a small percentage of the population.”

When Chuck spent those long hours driving his bus route, he discovered a pottery company in Brent that made hand-thrown pottery out of Alabama clay. Chuck began selling pottery and found success, Stewart said. After a few months, he began selling plants to accompany his pottery business.

“We sold out on the first weekend,” Stewart said, and Myers Plants and Pottery found its lasting identity.

MYERS GROWS INTO ITS OWN

The family business runs on one basic principle – “If something doesn’t work, move on,” Stewart said.

“We just decide something and go,” he said. “Marketing plan? No, we just try it.”

Profile: Field of Angels – Creating an even playing field

Ellie Meeks hurries to first base with the help of her buddy, Wesley Posey. (Reporter photo/Jon Goering) By CHRISTINE BOATWRIGHT... read more