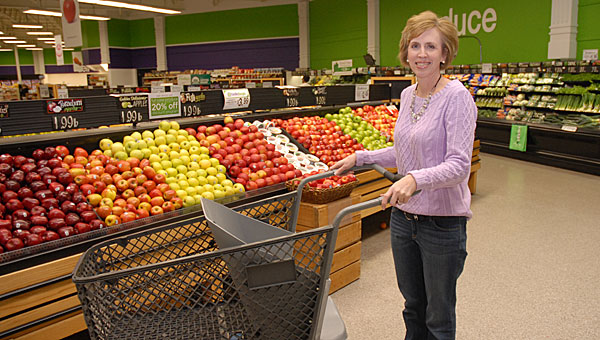 Alabaster resident Drew Ann Long and her family will travel to Washington, D.C. on March 9 for a weeklong lobbying trip. (Reporter Photo/Neal Wagner)

When Alabaster residents David and Drew Ann Long set out to create a shopping cart for special needs kids about five years ago, they never imagined it would lead to a lobbying trip to Capitol Hill.

“It’s such an honor. We will literally be representing millions of families while we are up there,” Drew Ann Long said two days before departing on the trip. “That’s a part of history. If it passes it will go to President Obama to be signed. That’s just mind-boggling to me.”

The Longs have been working for years to create a shopping cart for special-needs children using their daughter, Caroline, as an inspiration. Caroline Long, who is now 8 years old, was diagnosed at 4 years old with Rett syndrome, a nervous system disorder affecting movement and expressive language.

During their weeklong trip to Washington, D.C., the Longs will lobby senators and representatives on behalf of the Easter Seals-sponsored ABLE bill, which stands for Achieving a Better Life Experience.

The money could help offset expenses such as education, medical and dental care, housing and employment training.

“It’s such a great idea because it doesn’t penalize someone with special needs,” Drew Ann Long said, noting her family was the only one chosen by the national Easter Seals organization to promote the bill. “I am hopeful that it will pass.”

Also during the trip, the Longs will promote Caroline’s Cart during presentations to the United States Access Board and the National Council on Disability. Caroline’s Cart was introduced last year in Birmingham-area Belle Foods grocery stores, and is now being used in 17 states.

“We will bringing awareness to a need that exists in every community in the United States,” Drew Ann Long said. “We will be tell the senators and representatives we meet with ‘Every one of you have constituents where you’re from who can benefit from this project.’”