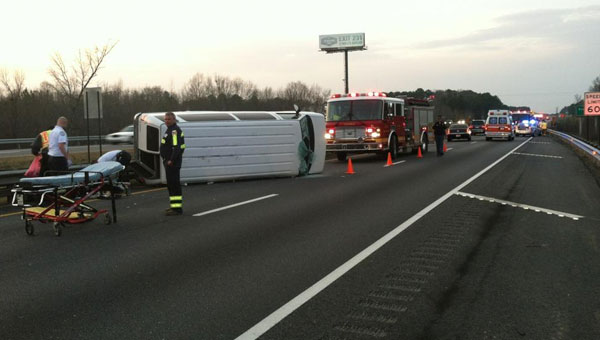 Twelve people were transported to the hospital after a March 9 wreck on Interstate 65 in Calera. (Contributed photo)

Twelve people were transported to the hospital after a March 9 one-vehicle wreck on Interstate 65 in Calera, according to Calera Fire Chief Sean Kendrick.

The wreck happened at about 5:45 p.m., and closed the interstate for about 45 minutes.
The wreck involved an overturned white bus, which was transporting choir members from a Birmingham church home from Montgomery. None of the injuries were life-threatening, Kendrick said.

Rehabilitated hawk takes to the skies at OMES