HOOVER – The Hoover Board of Education approved Shawn Raney to become the next head football coach at Spain Park High School March 11.

Raney was hired from Hoover High School where he served as the Bucs’ defensive coordinator for the past three seasons.

“I’m very excited to get started,” said Raney after the board approved the measure. “I think this is a great opportunity to continue what coach Chip Lindsey has started.” 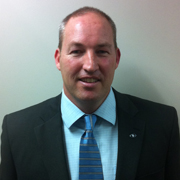 Raney began his coaching career at Yukon High School in Okla. In 1999, Raney was named the defensive coordinator at Butler County Community College until 2004 when he became the defensive backs coach at UAB. In 2007, Raney joined former Auburn head coach Gene Chizik at Iowa State as the Cyclones’ defensive back coach.

After moving three times in a span of five years, Raney and his wife Jessica decided it was time to settle down and chose to come back to the Birmingham metro area.

“I was at UAB for three years and we loved the Birmingham area,” said Raney. “We moved down here and I started out at Oak Mountain.”

Raney said he is ready to get to work with the players in the Jaguar football program and believes Spain Park “has a chance to be a great program.”

His immediate goals are to get to know the student-athletes and coaches in the program and to get a system in place.

“I want to get a system in place so that they know what I expect from them and to get to work with them,” said Raney.

FROM STAFF REPORTS TUCSON, Ariz. – The University of Montevallo baseball team made its debut in the Collegiate Baseball Newspaper NCAA... read more