On the hunt: Kids Easter egg hunt by sound 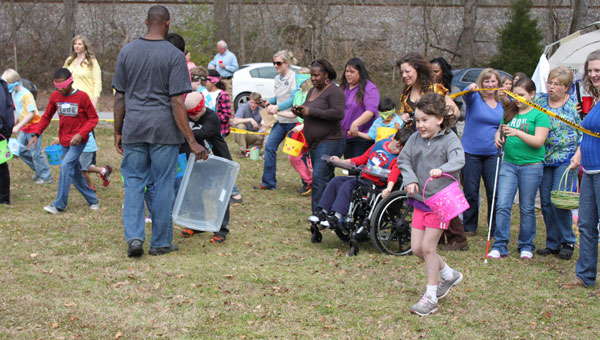 HARPERSVILLE – Instead of hunting for Easter eggs in the typical manner, a group of children used their ears to hunt for beeping, plastic eggs on a Harpersville farm.

Members of the International Association of Bomb Technicians and Investigators adopted the project and began constructing the electronic, beeping eggs, and the organization donates $10,000 to the egg project each year, said David Hyche, an Alabama agent with the Bureau of Alcohol, Tobacco, Firearms and Explosives.

“It’s a lot safer to build beeping eggs than what they normally do,” Hyche said about his bomb technicians with a laugh.

The Shelby County Sheriff’s Office provided manpower to build the eggs as well. 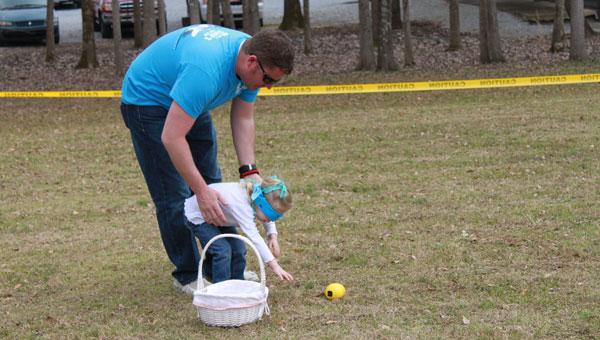 The AAPVI is a non-profit support group for parents with visually impaired children. AAVPI President Chantal McManus said the egg hunt is one of the six events the organization hosts each year across the state.

Hyche’s daughter, spunky 8-year-old Rachel, is a visually impaired third grader at Oak Mountain Elementary. Before hunting beeping eggs, Rachel said she didn’t have a strategy to find the eggs, but was on the hunt for Laffy Taffy, her favorite candy.

“The kids can do an Easter egg hunt independently, because that’s what they want. They don’t want someone leading them around,” Hyche said. 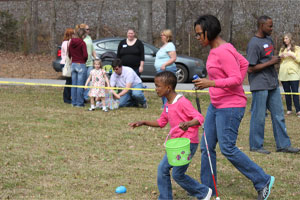 Any siblings or visually impaired children who wanted to participate wore blindfolds so they had to rely completely on their hearing.

Visually impaired or blind children under the age of 12 and their blindfolded siblings lined up on the edge of a field filled with beeping eggs.

Jordan Evans, a self-proclaimed “10-year-old genius,” had great success in finding the beeping eggs, even though he was blindfolded.

Falcons fifth after opening round at West Georgia Invitational

FROM STAFF REPORTS MONTEVALLO – The University of Montevallo women’s golf team is currently fifth in team standings after the opening... read more