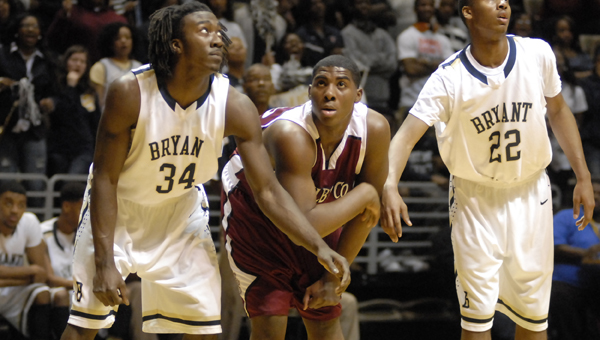 His coach, teammates and school depended upon Shelby County High School senior forward Tyler Madison to provide leadership when the Wildcats began the 2012-2013 basketball season. Madison didn’t disappoint as he led the Wildcats to the Class 5A Central Region championship game while capping a huge turnaround in the program.

His leadership off the court and his play on it earned him the respect of opposing coaches and earned him the title of 2012-2013 Shelby County Reporter boys’ basketball Player of the Year.

Madison was one of two senior starters for the Wildcats, a team that began the season looking to forget a 9-win season from the year before.

Shelby County head coach Torry Brown said that the Wildcats’ 28-7 record this season was “quite an accomplishment,” and that Madison was crucial to their success.

“Tyler has meant a great deal to the program and will be missed a lot,” Brown said. “Tyler is one of those guys that are the first to come and the last to leave. (He) has paved the way for some of the younger guys and showing them how hard you have to work to be successful.”

Madison finished the season averaging 25 points and 11 rebounds per game. Madison showed that he is an all-around player whether he was in the paint pulling down rebounds or shooting 3-pointers from the outside.

“Tyler did a lot of different things for our basketball team,” said Brown. “Along with being the vocal leader in the locker room, he was also asked to do a lot on the basketball court. He was one of those versatile players that played a lot inside and outside – and his skill set allowed him to do that.”

The Shelby County senior’s play on the court earned him honors on the Shelby County Reporter all-county team for the third straight year. Madison was also named the Over the Mountain Tip-off Club’s boys’ player of the year and was named to the Class 5A Central Region all-tournament team.