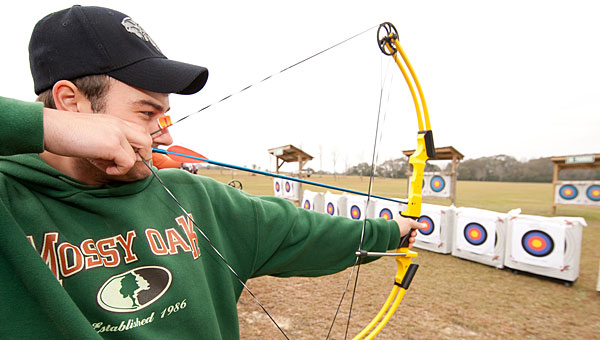 Members of the Alabaster Senior Center will get a chance to test out their skills with bows and arrows on April 9 during a hands-on archery demonstration.

Walters said she learned about the archery program through the Alabama Department of Conservation and Natural Resources. Through the program, the department will furnish all equipment necessary to offer the April 9 class.

“We want to see if it generates enough interest for us to invest in archery equipment,” Walters said. “I’m just trying to see if there’s an interest.”

If the Senior Center decides to offer the program full-time, Walters said she would become certified as an instructor so she could lead classes. The class also could be offered to other groups, such as children with disabilities.

Walters said Alabaster, if it decides to offer the program full-time, would be one of the first senior centers in Alabama to partner with the Department of Conservation and Natural Resources to offer the classes.

The April 9 event will be open to Shelby County residents 55 and older who are members of the Alabaster Senior Center. Becoming a member of the Senior Center is free.

To learn more about the archery class and other Senior Center programs, call the center at 663-1307.