COLUMBIANA – The Shelby County Sheriff’s Office has run out of space to store evidence, according to Capt. Chris George.

The current evidence storage space was built nine years ago with the construction of the new jail and Sheriff’s Office.

“At that time, our thought was, in 10 years, we’d need to expand. We’re now at nine years, and due to continued growth in the county, we’ve simply outgrown the area already,” George wrote in an email. “The crime rate and the types of crime are dictating what types of evidence we have to store.” 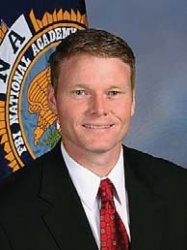 The Criminal Investigations Division received almost 30,000 pieces of evidence in 2012. Evidence includes everything from a knife used in a stabbing to a computer containing child pornography to a mattress that holds evidence of a homicide, George wrote.

“We also have evidence for 581 sex crime cases that have no statute of limitations, and we also required to keep all murder evidence forever,” George wrote. “What all this equates to is that we are out of room.”

“We need the county’s blessing to continue because it is ‘their’ land, and we need them to sign off on the plans and approve the project to go out for bids,” George wrote. “I think we’re close, but it stalled. We once thought the building would be finished by the end of 2012.”

George said he spoke with Commissioner Rick Shepherd, chair of the public safety committee, after the March 11 Commission meeting, and Shepherd indicated he would speak with the county’s facility and general services department.

As of March 14, a phone call to Shepherd has not been returned.