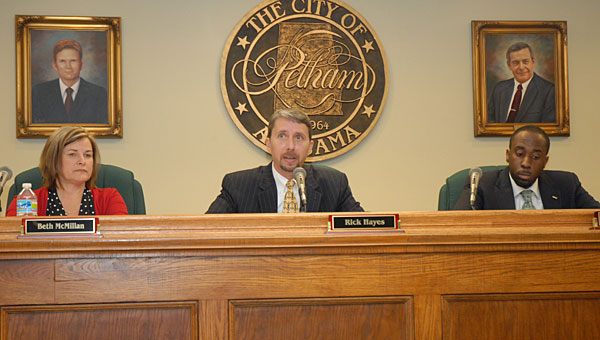 The Pelham City Council will look to see how economically feasible it is for the city to form its own school district after the council voted during its March 25 meeting to fund a study of the matter.

During the meeting, the council voted to allow Pelham Mayor Gary Waters to execute an agreement with the Decision Resources firm to conduct the school feasibility study.

The city will pay $30,000 to fund the study with Decision Resources, which also completed a school system feasibility study for Alabaster in 2011. Pelham City Council President Rick Hayes said the $30,000 will come from money already included in the city’s general fund administration budget.

Hayes said it will take between 30-60 days for the study to be completed, and said the company will present its findings during a future presentation to the council. Hayes also said the city will hold a public hearing on the matter after receiving the study results.

Hayes said the city has not made any decisions on possibly forming a school system separate from the Shelby County School System, and said the study will provide “hard data” for the council to analyze in the future.

“This is just so we will have that data available,” Hayes said. “Is there an opportunity for us to provide a better education for our students? Can we improve the educational experience and therefore improve our city?

“I strongly expect we will have pros and cons presented in this,” Hayes said. “We need to have hard data before we move down any path.”