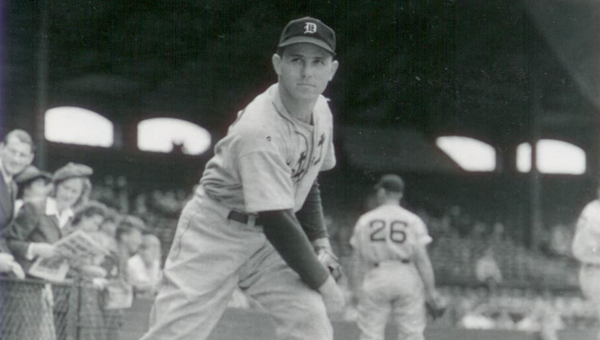 Baseball fans across the country are mourning the loss of Calera resident and former Major League Baseball pitcher Virgil “Fire” Trucks Sr., who passed away at the age of 95 at Shelby Baptist Medical Center March 23.

Trucks’ daughter, Carolyn Beckwith, said that her father will be remembered for the love and kindness he gave to his family and fans.

“He was just the best father anybody could have,” Beckwith said. “He was so kind and so loving – the sweetest man you have ever met. He was a sweet, gentle man.” 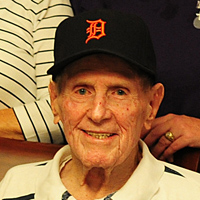 “Fire” Trucks – known for his fastball – played 19 years in the major leagues with the Detroit Tigers, Chicago White Sox, Kansas City Athletics, New York Yankees and St. Louis Browns. He finished his career with a record of 177-135 with 1,534 strikeouts and was inducted into the Alabama Sports Hall of Fame in 1974 and the Michigan Sports Hall of Fame in 1985.

Trucks was on the 1945 Detroit Tigers World Series championship team and is one of four pitchers to throw two no-hitters in the same season in 1952.

Beckwith’s fondest memories of her dad was being able to watch him play in Tiger Stadium during his 12-years with Detroit, helping answer mailbags of fan mail and even getting a police escort to a game in Chicago.

Trucks always took time to sign autographs for fans that requested them. Beckwith said Trucks would sign his name to memorabilia for those who asked for it until he passed, and he did just that during his 10-day stay at Shelby Baptist before his passing on Saturday.

“The day before he passed away, he was wanting me to go to the house to get more of his baseball cards so that he could sign and give them to the nurses,” said Beckwith.

She said condolences have been coming in from all across the country from his fans that he has touched through his fan mail.

“These things have been coming in since he passed away and I’m just amazed how many friends he had through his fan mail,” Beckwith said. “He didn’t just autograph what they wanted, he always left a little personal note in there.”

The Trucks family asks in lieu of flowers that donations are made to St. Jude Children’s Research Hospital in his name.

The Trucks family will hold visitation from 11:30 a.m.-1 p.m. March 28 at Charter Funeral Home followed by a service at 1 p.m. A committal service will be held at the Alabama National Cemetery at 2:45 p.m.