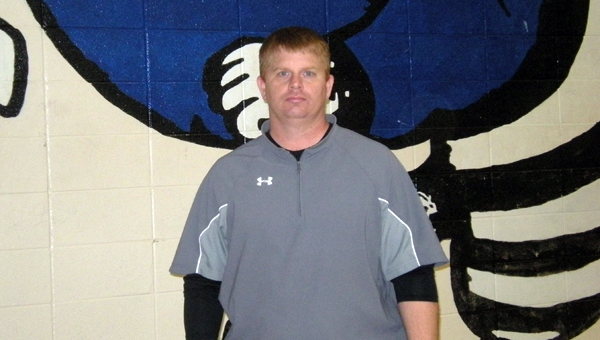 CHELSEA – New Chelsea head football coach Chris Elmore began his first week with the Hornets March 25 after being approved by the Shelby County Board of Education March 14.

Elmore comes to Chelsea after spending eight seasons at Hueytown High School including the last four as the offensive coordinator .

“I’m excited because I feel like this is a great opportunity for me and my family,” said Elmore on taking the Chelsea job. “It’s turned out to be a blessing the way it has worked out the way it has.”

Elmore had first applied for the head-coaching job at Hueytown. After another coach was hired, Elmore applied at Chelsea.

“Coach Waldrop was doing a good job,” Elmore said on the Chelsea program. “They have had some really good teams here. What I am looking to do is just build off of that. We are going to continue to build on the foundation they have laid here and continue to improve.”

Elmore’s immediate goals include getting to know the players in the program and getting his offseason program going before the start of spring practice in three weeks.

“They have seemed to have bought into what we are trying to do,” said Elmore. “We are still trying to feel each other out because my terminology is different from what they are used to. The big thing is is that they are working hard and have good attitudes.”

Elmore said some differences Chelsea football fans will see in the Hornets in the fall will be a physical style of play.