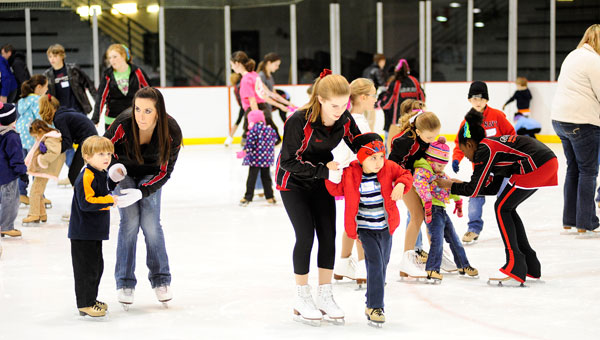 The Pelham-bration event will include a free public ice skating session at the Pelham Civic Complex and Ice Arena. (File)

With long-standing events such as the Buck Creek Festival and CityFest held in Pelham’s neighboring cities, Pelham City Council member Maurice Mercer said it’s time for Pelham to start its own summer tradition.

“You can go to events in Helena, Alabaster and other cities. We wanted to give Pelham residents a chance to come together and celebrate too,” Mercer said. “Instead of the normal Pelham Pride Day, we decided to have a city event that has more of a celebratory feel.”

The event will be held at the Pelham Civic Complex and Ice Arena from noon-5 p.m. on Saturday, July 13, and will offer events aimed at a wide range of age groups, Mercer said.

The event’s name came after the Pelham Beautification Board held a citywide contest to rename Pelham Pride Day in February to fit the city’s new plan for the event. Pelham-bration will help to lead into the city’s 50th anniversary in 2014, Mercer said.

Mercer said the Beautification Board currently is soliciting sponsors to make sure the event is free to all Pelham residents.

“I think it will be an exciting event. The plan is to keep making it bigger and better each year,” Mercer said, noting the city will release more details as the event date draws near. “We’ve got residents who live in different parts of the city who have never gotten a chance to meet. This will be a great opportunity for the entire city to come together and celebrate Pelham.”