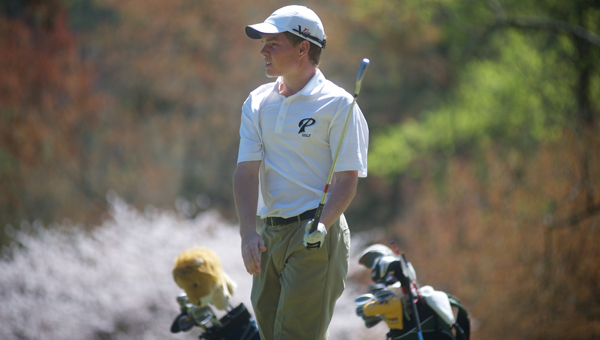 Pelham’s Connor Slane watches a tee-shot fly towards the green during his round in the Shelby County Golf Tournament on April 2 at Eagle Point. (Reporter Photo/Jon Goering)

Oak Mountain’s Harrison Mink followed a fifth place finish in the Panther Classic April 1 with a second place finish at the county tournament with a round of 72. Matthew Kelley (77) and Zac Holton (77) tied for fifth place with a 77 to contribute to the Eagles’ first place team finish with a score of 312. Oak Mountain finished four strokes ahead of Briarwood’s team score of 316.

“I am very proud of our guys and how they have been playing recently,” said Oak Mountain head coach Chris Collins. “We had a pretty good day at the Pelham Classic Tournament on Monday and finished 2nd with a team score of 311. To follow that up with another strong round really shows how we are progressing as a team. I could not be more thrilled with how they are playing at this point in the season.”

Eagles’ senior Nolan Mercer had the tournament highlight of the day with a hole in one on the par-3 15.

Briarwood Christian School’s John Hayden led the Lions with a third place finish with a round of 75.

Pelham High School senior Connor Slane finished two strokes ahead of Mink to win the individual title with a score of 70 while still feeling the effects of an illness from the weekend.

“Connor played well today considering his overcoming a stomach virus the last few days,” said Pelham head coach James Lawson. “The mental capacity this young man has is extraordinary. He struck the ball well while battling dehydration. His consistency is what makes him such a good player and a joy to coach and watch.”

Slane’s win at the county tournament rounds out a week with back-to-back victories. The Pelham senior won the Panther Classic April 1 and Lawson said that he believes Slane is on a good pace heading into the postseason.

“Hopefully this will spring him forward as the sectional and state tournament are just a few weeks away,” Lawson said. “We look forward to ending is his senior season on what is hopefully a run at the 6A state championship.”

Spencer Hollon added a score of 79 to help the Panthers to a third place finish in the team standings with a combined score of 318.

Thompson’s Cole Ranson tied for third in the tournament with a round of 75 while Chelsea’s Reed Kelley rounded out the top-10 with a 79 for a tie for eighth place. 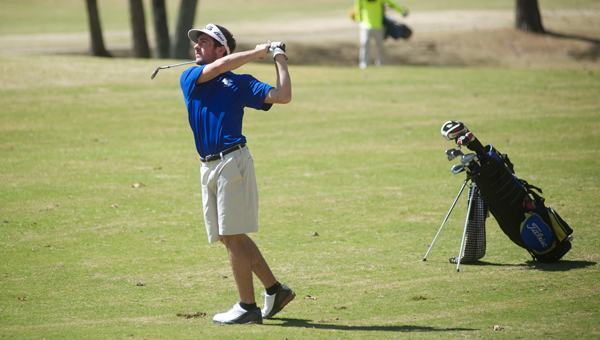