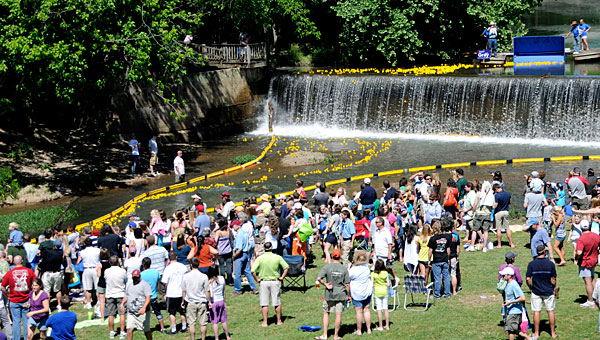 Helena ranked the highest out of Shelby County cities included on a recent list of business-friendly cities in Alabama. (File)

Alabaster, Helena and Pelham were named some of the most “business-friendly” cities in Alabama in a list recently released by the Alabama Policy Institute and the Yellowhammerpolitics.com blog.

Helena ranked the highest out of Shelby County cities on the list, coming in at No. 13. Helena ranked sixth in the state in the “community allure” category, which measures cost of living index, per-capita violent crime rate, percent of adults 25 and older with at least a high school diploma and average SAT 10 scores for eighth-grade math and reading.

According to the Shelby County Republican Party, Helena has a “young, educated workforce, low crime rate and cost of living, great public schools and has twice been ranked in the Top 100 Places to Live by Money Magazine.”

Pelham “has recently refocused efforts to recruit new industries to the area to maximize the city’s proximity to transportation infrastructure,” according to the Shelby County Republican Party.

“Alabaster has grown over 65 percent over the past 10 years, and boasts a well-educated workforce, explosive job growth and low tax and utility rates,” read a Shelby County GOP press release.

“Conservative leadership dedicated to creating a pro-business climate is a key success factor for Shelby County,” said Shelby County GOP Chairman Freddy Ard. “This survey again reflects the favorable results of having strong, conservative leaders in elected office, giving attention to an environment that fosters, encourages and, most importantly, ensures that government establishes no undue obstacles, interference or obstruction to a thriving economy.”