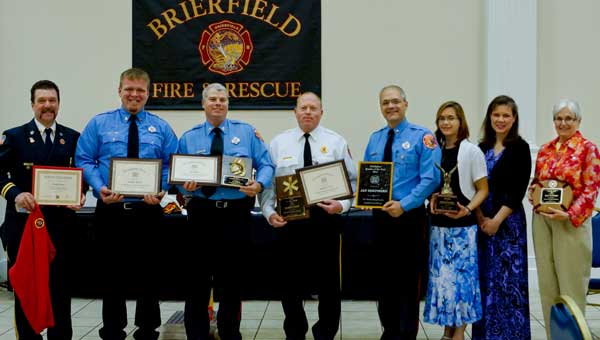 The Brierfield Fire & Rescue held its annual Recognition Banquet Saturday, April 6 at the University of Montevallo. Those men and women who have served the community as volunteer firemen or first responders were honored.

Many of the volunteers were recognized for their service. Mike Mahan, who was the first fire chief, expressed appreciation to those who served with him on the first board of directors. They were James Hood, Bill Brown, Kyle Brown, James Creel, Doug Howard, John Owen, Ray Cisco, James McClendon, and James Stephens.

• For Years of Service – Jay Shepherd

• EMT of the Year – Marty Culp

• Tim Lohan was given an award from Alabama Fire College for his assistance to Alabama fire departments.

Special recognition was given Robert Farrington and Ray Bice for their 35 years of service.

This Neopolitan Mastiff won its category. Photo by Linda Long. By LINDA LONG/For the Reporter They came more than a... read more