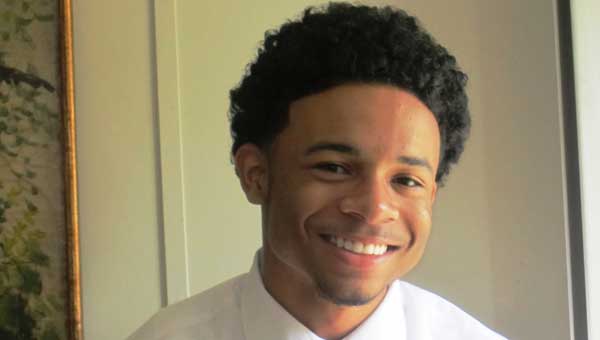 Nick Robertson can quit waiting by the mailbox now. The letter he has been hoping for finally came.

It confirmed that Nick, a senior at Vincent High School, is a winner of the Gates Millennium Scholarship, one of 1,000 winners out of a pool of 54,000.

Nick readily admits “I was so excited, I broke into tears.” He and his mother went straight to Vincent High School today with the good news.

“We stopped everything and made the announcement to the school,” said Principal Joel Dixon. “This is a small community and kids need to hear news like this. I mean this was a national competition and one of our kids won it. It was a very good moment.”

The senior is third in his class of 56 and has a 3.98 GPA. He also is involved in a multitude of extracurricular activities and works a part-time job every day after school. His plate is full.

“My first thought was ‘I’m not going to try for this’ because there is so much you have to do with it, but then I found the application online. I looked at it. ‘Am I eligible?’ I was. ‘Do I meet the qualifications?’ I did. So, I just made myself do what I had to do.”

What he had to do among other application procedures was to write eight personal essays in which he told of being raised in a single parent home, “of how hard my mother has worked for me, and how I believe our mistakes make us stronger. With this and all the other scholarships I was applying for, I spent every night writing essays.”

Nick mailed the application package in January, but not before having a number of adults in his school and community look over his work.

“I even got to be friends on Twitter with a former winner of this scholarship and got her to review it before I sent it in,” he said.

In March, Nick heard that he was a finalist in the scholarship search. “I told myself ‘This is a blessing to get this far.’ I really didn’t believe I would be chosen a winner.”

However he said his mom and great-grandmother never had any doubts.

The scholarship is funded through the Bill and Melinda Gates Foundation. It will pay for books, tuition and housing for all of Nick’s undergraduate work and will then cover his expenses through graduate school if he chooses a discipline in computer science, education, engineering, library science, mathematics, public health or science.

Dean Wilson Jr. is in a wheelchair after contracting MSRA. (Contributed photo.) By DREW GRANTHUM/Special to the Reporter No one... read more