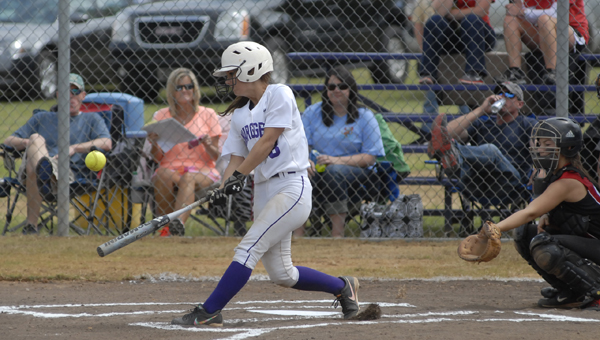 COLUMBIANA – The Cornerstone Christian Lady Chargers advanced to the AISA Class A state tournament with a series sweep of Abbeville Christian Academy April 22.

Cornerstone handled Abbeville for a 15-4 victory in five innings in game one. Brooke Calma led the Lady Chargers with a 1-for-2 effort with four runs scored and three stolen bases. Lorin Rodger finished 2-for-3 with three runs while Laura Beth Franklin was 2-for-3 with two runs.

Cornerstone sealed up a spot at the AISA state tournament with a 14-5 win in game two. Reed went 4-for-5 with three runs scored while Franklin and Alley Toney each finished 2-for-3 with three runs.

The Lady Chargers advance to the Class A, Region 1 tournament April 24-27 and will face Lakeside in the first round. The region tournament will determine the seeding for the state tournament at Lagoon Park in Montgomery May 3-4.

FROM STAFF REPORTS COLUMBIANA – The 2013 Walmart Bass Fishing League will be holding its third tournament of the season... read more