Teen gets chance to model thanks to non-profit 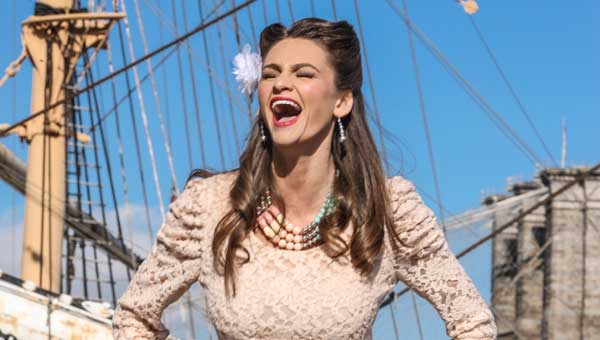 Alabaster resident Ashley Tombrello, who has cystic fibrosis, participated in a fashion photo shoot in New York thanks to Magic Moments, an organization that fufills the wishes of chronically ill children. (Contributed photo.)

By LINDA LONG/Special to the Reporter

Ashley Tombrello, an 18-year-old senior at Thompson High School in Alabaster, has wanted to become a model her whole life.

“Even as a small child, she would look at pictures in a magazine and say ‘I want to be one of those girls.’ This has been her ultimate wish,” said Margie Tombrello, Ashley’s mom.

For a while, it looked like Ashley’s wish might remain unfulfilled. When she was 2 years old, she was diagnosed with Cystic Fibrosis, a genetic disorder affecting the lungs and digestive systems. There is no cure for CF, and it can be life threatening. It requires an intensive medical regime and, at times, long hospital stays.

When a non-profit organization Magic Moments heard about Ashley’s struggle against CF, they decided to step in. The organization fulfills the wishes of chronically ill children in Alabama by making each child’s dream come true.

For Ashley, that meant an all-expense-paid trip to New York City for a professional photo shoot. Ashley and her entire entourage (family) took off for the Big Apple to meet up with a professional fashion photographer, makeup artist and hair stylist. The photo session came complete with seven wardrobe changes, seven hair styles, seven different makeup looks, the red carpet treatment and an on-location photo shoot on the streets of Manhattan.

“Oh, my gosh, they made me feel special, like I was somebody famous,” Ashley said. “It was amazing, the most wonderful experience I’ve ever had in my whole life “

Amazing as it was, Ashley did learn that modeling is not for sissies.

“Oh, it’s hard work alright, but I loved every minute of it,” she said.

Hard work is nothing new to this spunky teen. Despite the challenges CF has presented in her life, she has never made excuses for her illness or let it get her down.

She said if she could speak to every girl who faces similar obstacles, she’d tell them, “Nothing can stand in your way of doing anything. I have CF and I’ve been a cheerleader for seven years. It has not gotten in my way. I might have a bad day sometimes, but you can’t let anything get you down or let anything ruin your day. CF comes with very hard challenges , but you have to work through it, which is why I’m where I am today.”

The high school senior is planning to attend Troy University and eventually be a nurse anesthetist – that is, unless something changes her career course.

The trip was Ashley’s first time to visit the Big Apple but it probably won’t be her last.

“I’m absolutely in love with every one of my pictures,” she said. “I may actually send them to some modeling agencies just to see if there‘s some interest. Who knows? I just might get a few modeling jobs here and there.”

The Pelham City Council during its April 29 meeting likely will turn down a FEMA grant aimed at bringing five... read more