Clinic for those in need looking to expand 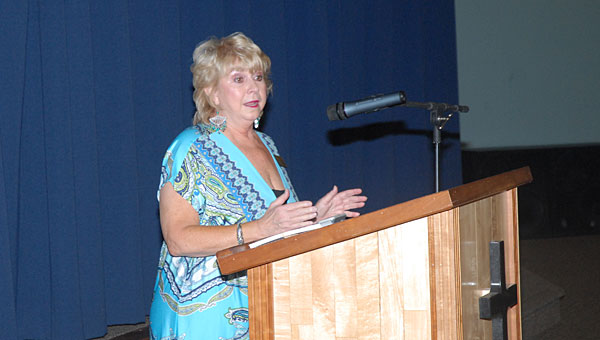 A few years ago, Montevallo resident Juan Lilly couldn’t imagine life without health insurance. But after working most of his life as an electrician, the economy changed his life drastically.

“I had worked all my life. But when the economy went down, I lost my job and I lost my health insurance,” Lilly said at the April 26 Community of Hope Health Clinic fundraiser breakfast at the Pelham First Baptist Church Annex. “I’m a grown man. It’s kind of hard to ask for help.”

But after visiting Community of Hope – a free clinic hosted two nights a week at the Shelby County Health Department building in Pelham – Lilly’s apprehension disappeared.

“The minute I walked in, they were so nice. They’ve been helping me out for about a year now,” Lilly said. “If it wasn’t for these people, I don’t know where I would be. They treat me like a member of the family.”

In 2012, Community of Hope moved into a 2,000-square-foot space in the county Health Department building, which allowed the clinic to open on Mondays in addition to Thursdays.

Since adding the second day of free medical service last year, the clinic has been working to add more doctors on the two nights, said Community of Hope Executive Director Chris Monceret.

“We don’t want to rush out and do too much too quickly,” Monceret said of the organization’s expansion plans. “Our goal is to help people who don’t have health insurance as effectively as we can.

During the April 26 breakfast, keynote speaker Jim Dunaway, a longtime sports anchor for the CBS 42 television station, praised the work Community of Hope’s work has done over the past few years.

“God calls us to do things like you are doing with helping folks out,” Dunaway said.