Eagles soar into third round of soccer playoffs 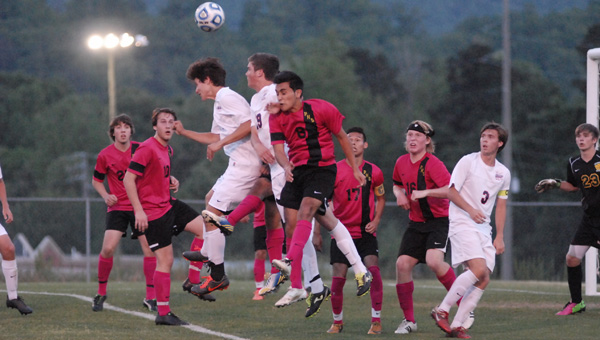 “It was playoff soccer,” said Eagles’ head coach Ryan Partridge. “We didn’t play our best, but we are playing this weekend. I’m happy with that.”

The Panthers came out with the intensity from the opening kick-off, which Partridge said threw his team off balance in the opening minutes of the game.

“Patrick and the Pelham guys did a great job of preparing and it was effective,” said Partridge. “It knocked us out of our rhythm and we couldn’t do what we wanted to do.”

Oak Mountain overcame the pressure and pushed the ball down inside its offensive zone 10 minutes into the first half. Chandler Stroupe stepped up from the back line and put the ball past the Pelham keeper to give the Eagles an early 1-0 lead.

The Eagles held the advantage at the half, and added to the lead in the second. Patrick Carroll took a pass from Mills Sproull and put the ball in the net for a 2-0 Oak Mountain lead with 22 minutes to play and put the Panthers in trouble.

“We knew we could get a goal if we kept it close,” said Pelham head coach Patrick McDonald. “It was a second goal and how it was scored and we kind of ran out of gas after that.”

Oak Mountain sealed the win with a Chad Carpenter goal with 28 seconds left in the game off a pass from Sproull to take the 3-0 win.

The Eagles will host Prattville in the third round of the Class 6A playoffs on May 4 at 7 p.m. A win by Oak Mountain will send the Eagles to the state tournament in Huntsville for the third straight season.