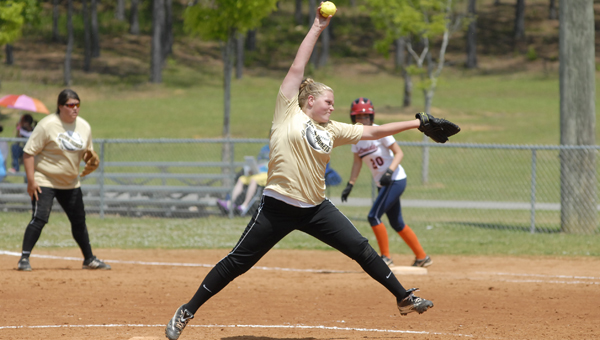 Vincent’s Jameia White was named the Area 10 tournament MVP and was joined by Ashleigh McCloud and Ashlynn Melton on the all-tournament team.

The Yellow Jackets (19-12) won the tournament led by a complete-game effort by Makalla Odom in the 12-9 win. Odom allowed seven runs on nine hits with three strikeouts and four walks. White finished 2-for-5 with a double and three RBIs. Crisslyn Jones went 2-for-2 with a triple, double and three RBIs.

Vincent was able to hold off Fultondale in the second round of the tournament for a 10-9 win to advance to the title game. Vincent took a 10-2 lead into the bottom of the seventh and withstood a late Fultondale rally for the win.

Odom pitched six innings and allowed 7 runs on 10 hits with seven strikeouts and six walks. Courtney Barber pitched an inning for the save and allowed two runs on three hits. White finished the game 2-for-4 with a triple and four RBIs.

The Yellow Jackets opened the tournament with a 20-3 victory over Holy Family. Barber allowed three runs on two hits with four strikeouts in the win. Melton went 2-for-3 with an RBI and Barber finished 1-for-1 with a double and two RBIs.

Vincent will play the runner up from Area 9 in the regional tournament in Tuscaloosa May 10 at 8 am.