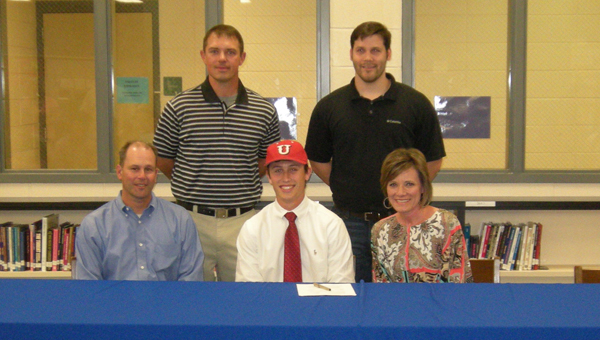 “I’m looking forward to going up to Jackson,” Shoemaker said on signing with Union. “I know that they are going to be really good for the next four years.”

Shoemaker said that he has enjoyed playing baseball for the Hornets as a three-year starter and acknowledged Chelsea head baseball coach Michael Stallings as one of his role models.

“It’s been a great four years,” he said on his career. “Coach Stallings has been one of my role models that I have looked up to. He has given me all of the opportunities to get where I am today to play college baseball.”

Stallings said that Shoemaker has been a “great ambassador” for the Chelsea baseball program and will do the same for Union.

“He makes players around him better because of how hard he works,” Stallings said. “His competitiveness and work ethic are his two biggest attributes.”

Shoemaker finished his high school career batting for a .301 average with 26 doubles, 72 RBIs and 35 stolen bases with a .446 on-base percentage.