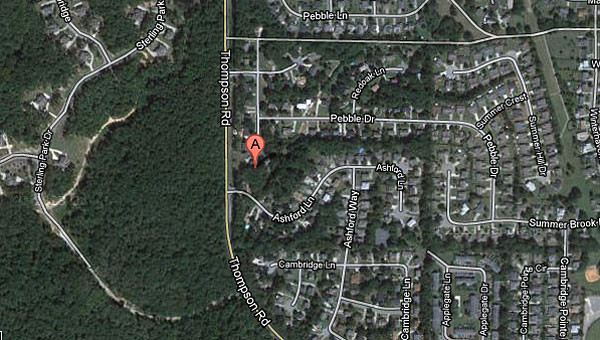 Alabaster crews recently demolished what City Council members said has been a longtime eyesore off Pebble Lane, and recently voted to assess the property owner for the demolition expense.

During its May 6 meeting, the council voted unanimously to assess the property owner of 332 Pebble Lane $8,999.32 to cover the cost of tearing down the residence. No representatives for the property owner attended a public hearing held before the vote.

(The Housing Abatement Board) met several times on this issue,” said Ward 4 Councilman Rick Walters. “I’m glad we saw it through to fruition.”

During a 2011 meeting, the City Council voted to give the property owners several months to repair the residence and bring it up to city code. In 2011, council members said the residence was plagued by a “pretty bad” raccoon infestation and had been abandoned for several years.

Walters said in 2011 the house was in “deplorable condition,” and several neighborhood residents said they were worried about the house negatively affecting their property values.