A Shelby County school bus driver was charged with driving under the influence May 7.

Debra Rigsby Palmer, 54, of Helena was arrested on Hillsboro Parkway at 6:23 a.m., according to her arrest report. Palmer was driving a 2004 Toyota Sequoia. 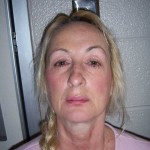 Det. Sgt. Chris Rollan said a Helena police officer witnessed Palmer driving erratically and into oncoming lanes of traffic on Hillsboro Parkway. Rollan said the arresting officer was unaware Palmer was a school bus driver at the time of her arrest, which took place about one mile from Helena Middle School.

“She did make the comment to the officer that she was going to work,” he said.

Rollan said Palmer was booked into the Helena Jail and later released on $1,000 bond.

“We’re very proud of our officer,” he said.

“A Shelby County bus driver has been placed on administrative leave following an arrest for DUI while driving a personal vehicle off campus. The school district recognizes the gravity of the situation and is taking all necessary steps to address this issue,” the statement said.

By NEAL WAGNER / City Editor An Alabaster resident will be signing copies of her first book on May 11... read more