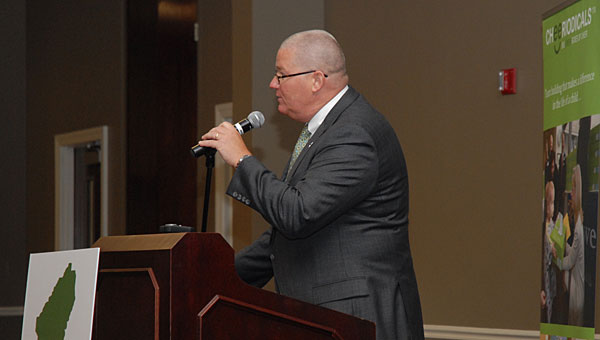 As Greater Shelby County Chamber of Commerce President Kirk Mancer was looking over his Chamber membership roster, a trend jumped out at him.

“Seventy percent of our membership could be considered small businesses,” Mancer said. “I thought it was important for us to recognize the economic impact that sector makes in Shelby County.”

Mancer and the Chamber’s small business task force used the membership information to plan the organization’s inaugural small business owners of the year award luncheon on May 22.

During the lunch, the Chamber recognized the 21 nominees for the award, and named the winners in three categories based on business size.

“It’s a big honor just to be nominated for this award,” Mancer said.

“It behooves us to recognize what small businesses mean to Shelby County,” Mancer said. “This is a small way for us to start doing that.”